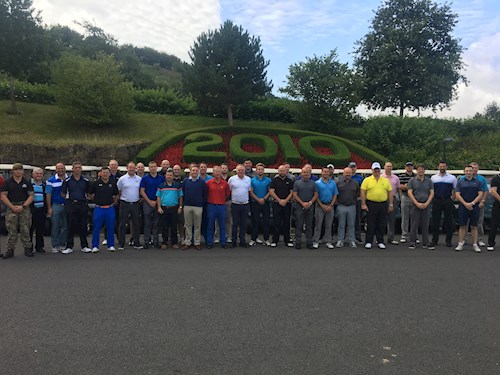 Staff from the MPCT hosted a fantastic charity golf day at the Celtic Manor Resort in aid of the Motivation and Learning Trust (MLT) and ABF The Soldiers Charity. The MLT helps 16-23-year-old students studying at Military Preparation Colleges across the UK who need some additional financial support and resource assistance to reach their full potential. The ABF is the National Charity of the British Army which supports soldiers, veterans, and their immediate families, for life.

Over 70 friends, patrons, trustees and supporters of the MLT and ABF attended the golf day on Friday 25th August including supporters from the Royal Welsh and the Welsh Guards. The competition followed a Ryder Cup style tournament with “Europe” vs the “United States” on the 2010 Ryder Cup course. In the evening there was a great atmosphere as the golfers enjoyed a celebratory drink and a two-course evening meal followed by an auction to raise funds for the charities.

Team America won ten and a half, seven and a half but it was close right up until the last hole and until that point the match was still up for grabs. There were some outstanding individual performances, in particular, Chris (Tiger) Powell on his first ever outing on the Twenty Ten scored 37 points. The R&A are looking into his handicap as we speak!

The winning pair, with a combined score of 42 points was Chris (Tiger) Powell and Ollie Griffiths, who commented: “It was a joy to play with Tiger and to see him back.”

Huw Moores, Trustee for the MLT and event organiser said:

“To be able to get together with like-minded people all with a common affiliation to the charities in such great surroundings is a real opportunity. What golfer wouldn’t want to play golf on the 2010 Ryder Cup course and also be able to support worthy causes.”

Simon Welsh, (HQ Warminster Garrison) a keen golfer and supporter travelled from Somerset to spend the day on the prestigious course. He comments:

“To play the Ryder Cup course with everyone today was a dream come true, sharing golf nostalgia. I hope this is an annual event here – if so, sign me up next year. It was all about enjoying the day and the company was fantastic.”

“At Ricoh we have a fantastic relationship with MPCT and have worked together on a number of projects over the years and we wanted to show our support for the MLT and ABF as we recognise that these are worthy charities.

What an amazing event to play at one of the best golf courses in the world! It has been a fantastic experience, something we have looked forward to for a while now and something we look forward to in future years. Superbly organised too. I’d like to thank the team for organising such a great event. This was Ricoh Wales’ first charity golf day and is would be a great event to host annually as a joint venture with the MLT and Celtic Manor Resort.” 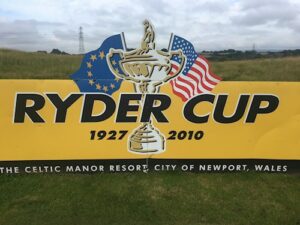 Rockadove’s Managing Director, Lloyd Morgan, sponsored two of the holes on the course. Having worked in partnership with the MPCT, Rockadove are keen supporters of the MLT. He comments:

“We are incredibly privileged to play on courses such as the twenty ten course and it’s great to be supporting two worthy charities in the MLT and the ABF. It has been a really enjoyable day for myself and my clients – I can’t wait for next year!”

The ABF Regional Director, Peter Davies has been working in partnership with the MPC from 2016. He said:

“The initial reason why the ABF is so keen to partner with the MLT is because it seals a circle of support for those who aspire to and then join the Armed Forces. Also, both organisations share the same values and want to support the Army family for life. The ABF supports all ranks and families of current and past serving men and women.”

After the success of the event all parties involved in the day are keen to make this an annual event so look out for your opportunity to play on the Twenty Ten course next year.

With 21 bases across the UK – including 7 in Wales – the Military Preparation College helps young people to develop their fitness levels, self-confidence and life skills through its unique ‘active learning’ curriculum. Since its foundation in 1999, the Military Preparation College has enabled over 2,000 young men and women to enlist in the Armed Forces, and helped over 4,000 others to explore further employment education and training opportunities.”