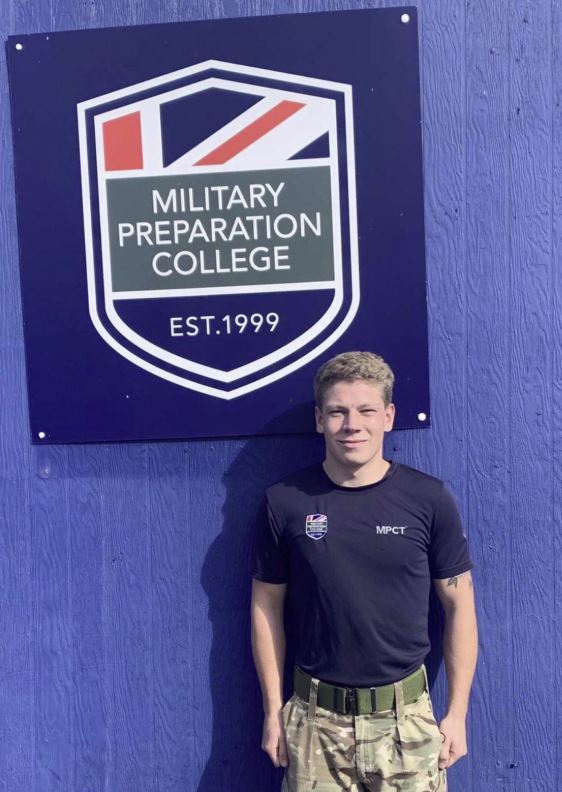 MPCT Aldershot celebrates the progression of Nathan Riley into the Princess of Wales’ Royal Regiment, following in the footsteps of his brother.

John Hughes, Regional Operations Manager, remarked that Nathan always gave maximum effort during training and not only progressed from a green to blue bib during his time at MPCT, but also vastly improved his self-discipline, confidence, leadership and fitness.

“Since being at MPCT, my confidence has shot up when it comes to difficult tasks and meeting new people.” Nathan commented. “I’ve learned discipline and loads of military skills that will be helpful through training. I’ve also passed my level 2 English and level 1 Maths. My fitness has improved massively as well as my upper body strength.”

Since joining in February 2020, Nathan noted that he “made friendships at college that will most likely last a long time. The staff at MPCT Aldershot are really supportive and help you with anything whether it’s at college or outside of college. I would recommend MPCT to anyone that is looking to join the military.”

On behalf of MPCT Staff, we congratulate Mr. Riley on his success and wish him more in the future with PWRR.