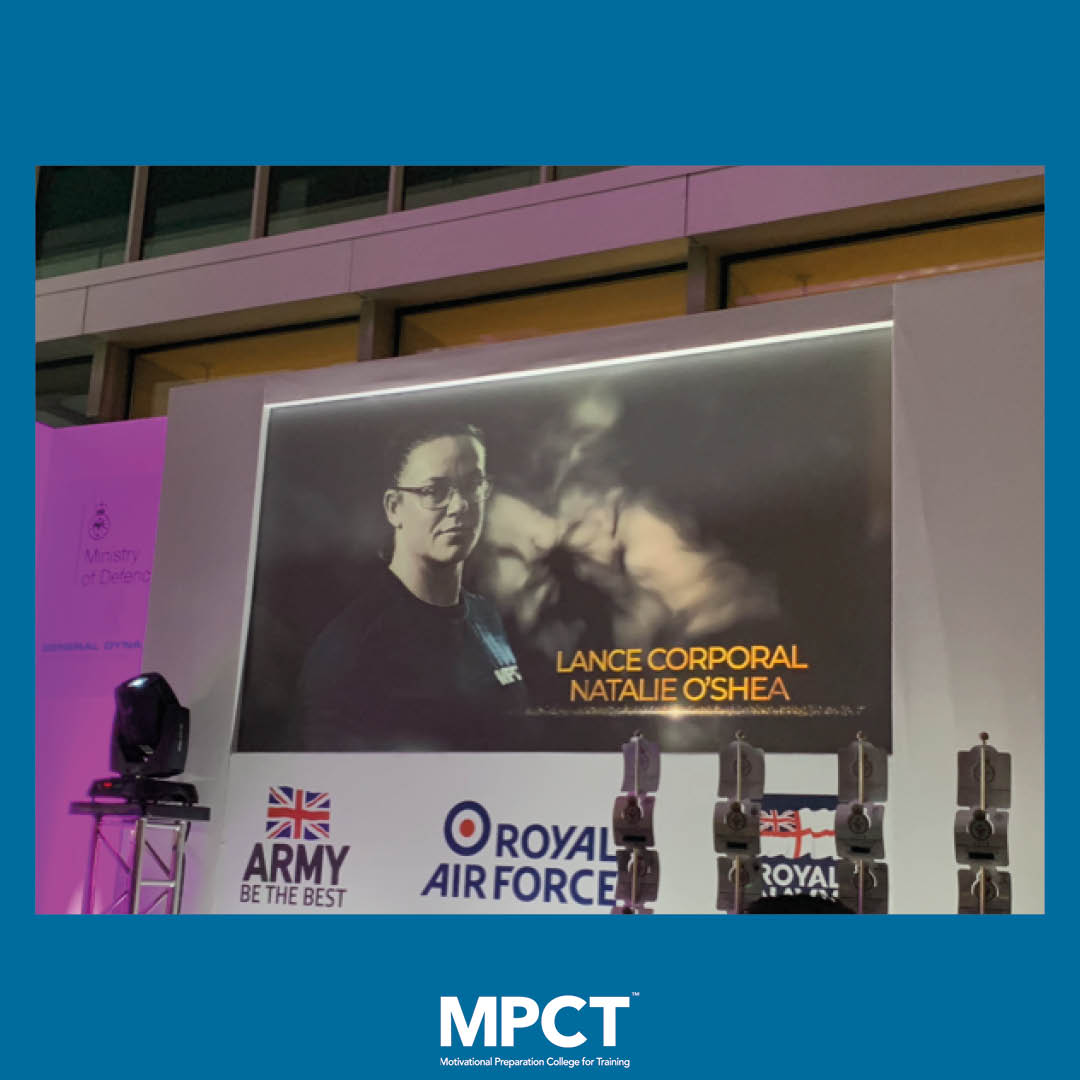 On Thursday 22nd November 2018, the Armed forces in Wales Awards was hosted at St. Fagans. MPCT is very proud to say that one our staff, Nat O’Shea, an instructor for our Military Preparation Schools provision was nominated for a Sports award.

The Head of our Schools provision, Dan Shooter expressed how great it was to see Ms. O’Shea being recognised for her sporting achievements, and her role model status to female sportswomen in the Services.

Ms O’Shea had this to say;

Being selected for the Sports Awards was over whelming but getting down too the last 3 was a total shock but honour to be part of. Getting recognised for sport still comes to a shock because to me it’s just a hobby that I enjoy during my spare time. The best part for me was making my employers proud and being a role model towards my learners and more importantly female learners and soldiers in the British Army.  Being a strong-woman teaches my learners that gender does not matter and you can be just as good, if not better. As I tell all my learners “ I wasn’t born with big biceps, I had to work for them” and if they work for what they want then it will 100% be worth it.

Congratulations and thank you Ms. O’Shea, you are a fantastic role model and instructor to our Learners.