News & Events / “I don’t know what you feed them, but more of the same please” says Commandant of CTCRM 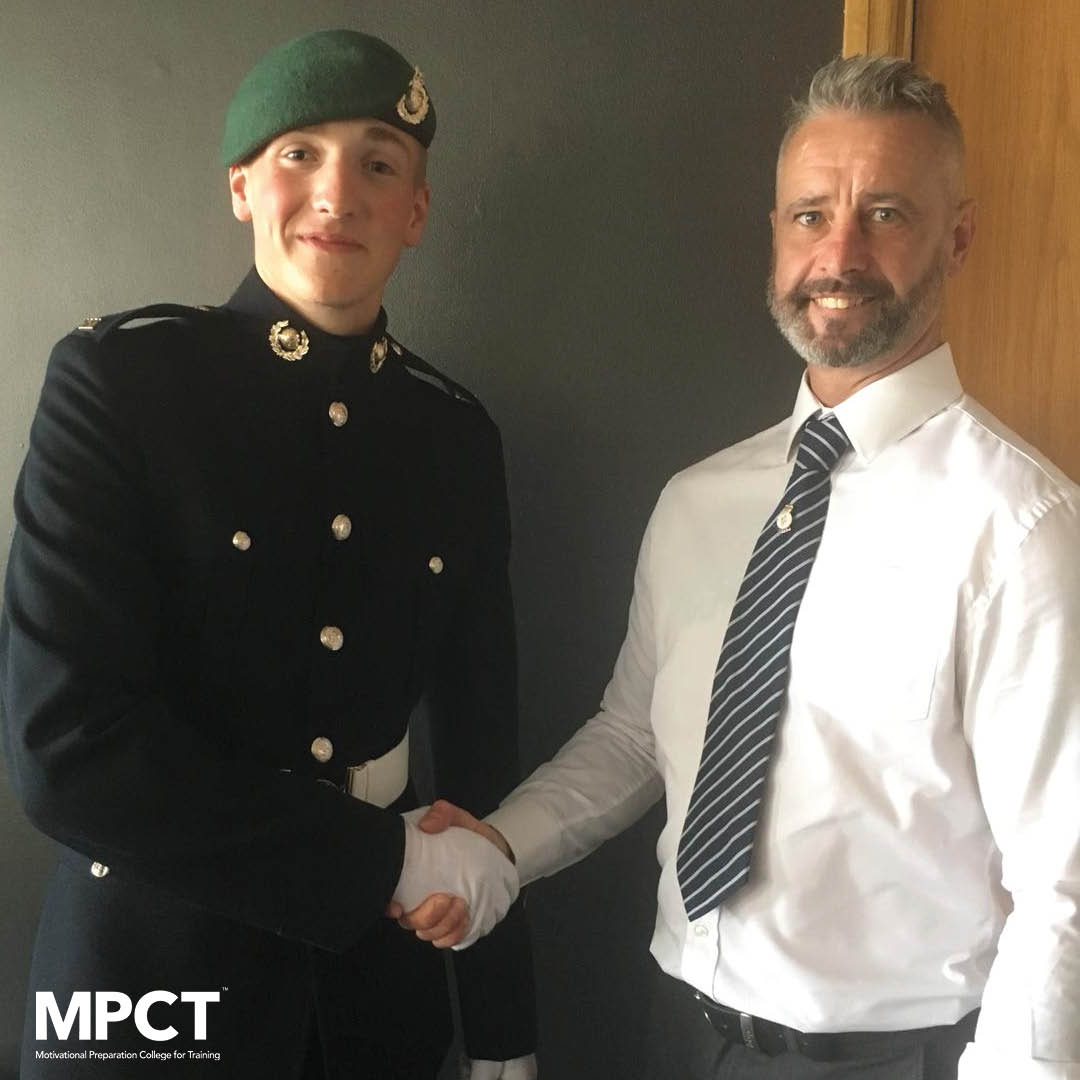 Pictured with them is the newly appointed Commandant of the Commando Training Centre, Colonel Simon Chapman. Colonel Chapman took to his own twitter account after their visit and was highly complimentary of MPCT and it’s Learners (see below). 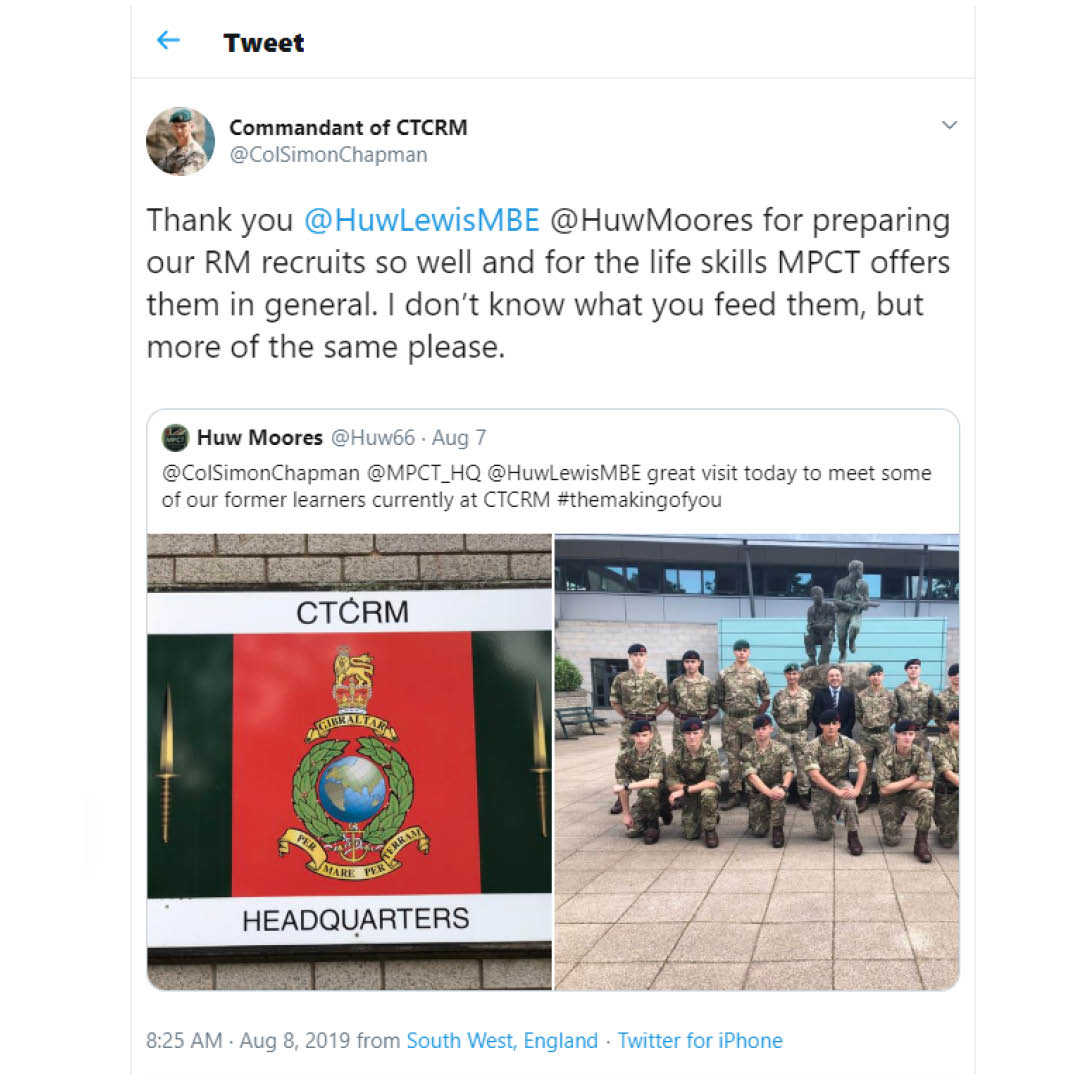 For more photos of the visit click “photos” below.