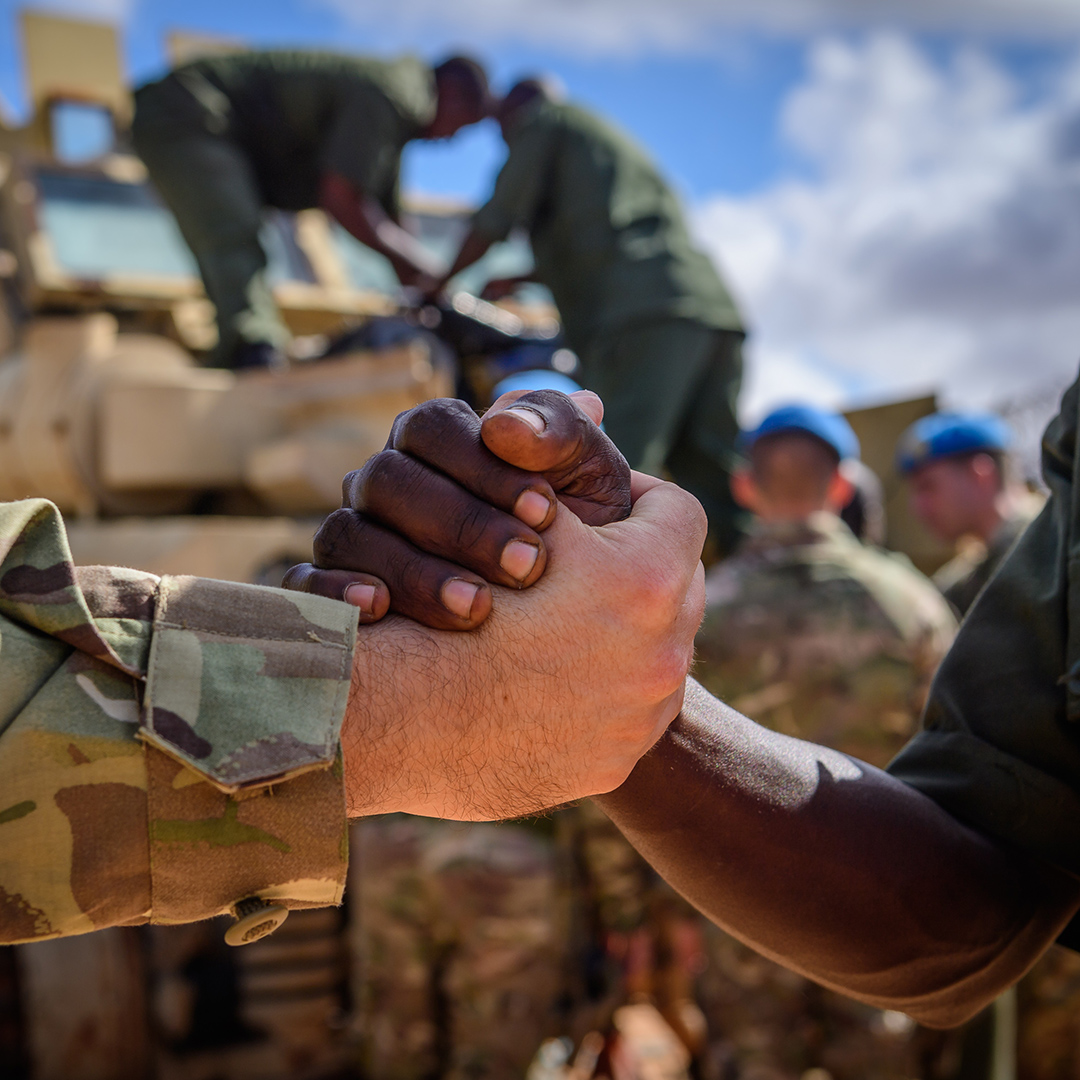 The UK Armed Forces work closely with their international partners and allies to protect our national security and promote peace across the world. At the heart of this is NATO, where the UK plays a key leadership role. NATO’s Allied Rapid Reaction Corps is in Gloucester, previously it was Rheindahlen, Germany until 2010. The HQ or ARRC provides NATO with a rapidly deployable, flexible HQ that can act as a Joint, Land or Corps HQ for operations and crisis response. Although HQ ARRC’s is in the United Kingdom, the ARRC is fully multinational in nature and organisation, with twenty-one NATO and Partner Nations overall contributing personnel, it has a combination of cultures and innovation. Recent operations have included the formation of the International Security Assistance Force (ISAF) in Afghanistan in 2006 and as ISAF Joint Command in 2011.

The UK has permanent membership of the UN Security Council whereby the UK seeks to cooperate with global partners on security issues and peacekeeping missions, particularly the UK is at the forefront of the UN’s work on Women, Peace and Security. The UK Armed Forces have vital security collaborations with countries in Europe and the Five- Eyes community of the UK, USA, Canada, Australia and New Zealand. Furthermore, the Armed Forces engage with the Five Power Defence Arrangements in the Asia-Pacific region between the UK, Australia, New Zealand, Malaysia and Singapore  and continue to develop relationships with international organisations such as the African Union.

Every day this week MPCT will celebrate different themes of Armed Forces week 2020. Tomorrow, we look at Innovation.

To find out more about the Armed Forces Day 2020 celebrations, click here https://www.armedforcesday.org.uk/