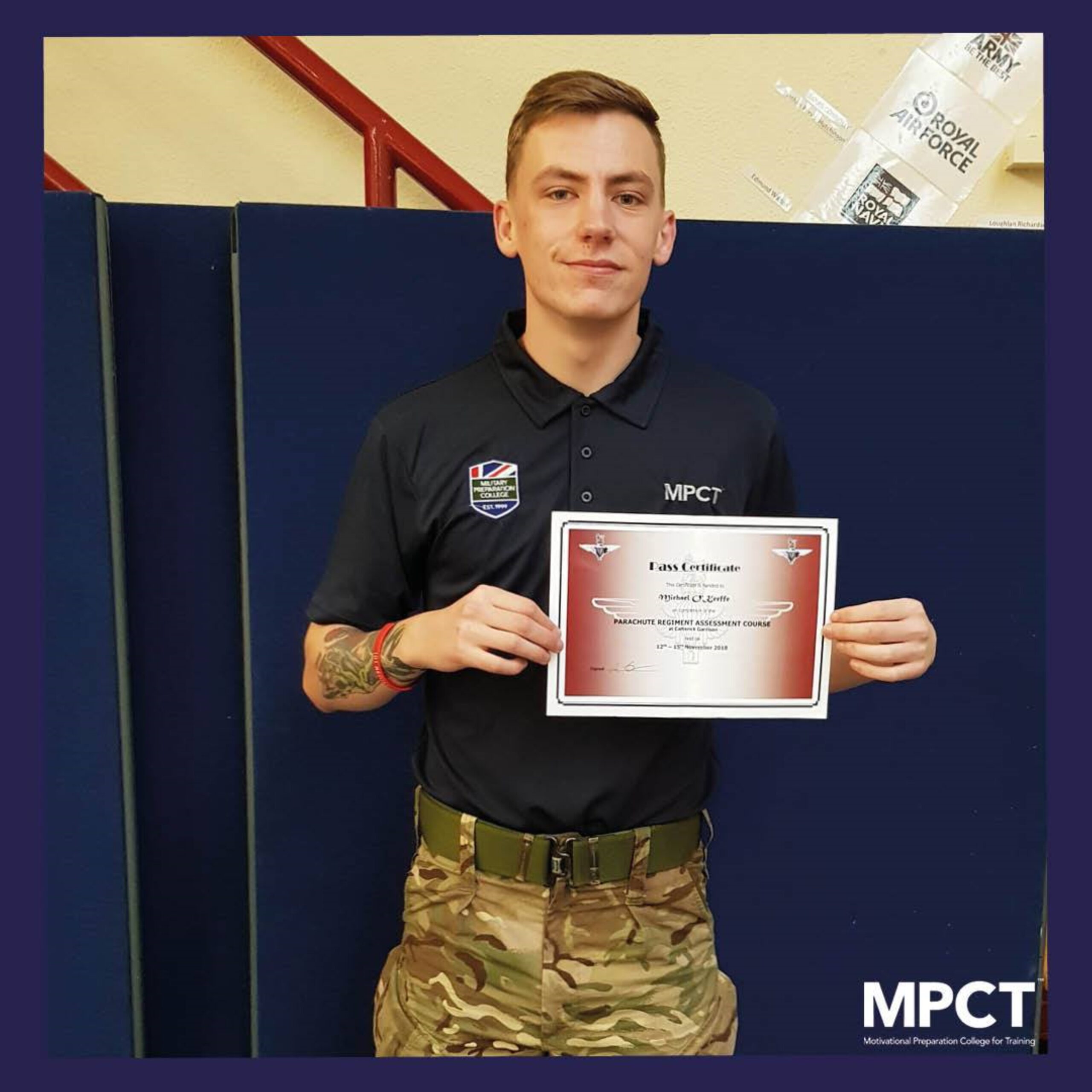 One of the North East college’s first students has battled competition from across the UK to win a place with an elite British Army regiment.

MPCT South Shields had only been open a week when Seaham student Scott O’Keeffe decided to enrol, in 2018.

And, just a year later, the 21-year-old is celebrating after passing the gruelling selection process first time, to become a Private in the Third Battalion Parachute Regiment.

The Paras; the regiment is the airborne infantry division of the British Army and the extreme levels of fitness required by candidates make the failure rate at the first attempt very high.

Along with stamina and endurance tests, candidates have to undertake three daytime and one evening parachute jumps before they can gain their wings and become fully fledged members of the battalion.

“It was incredibly intense, but the MPCT staff were all ex-army and they really prepared me well.

It was them that encouraged me to go for The Paras and they didn’t just make sure I had the right level of fitness, they taught me about teamwork and about taking instruction and really boosted my confidence as well.”

Sharing Scott’s success is mum, Vickie, a foster carer who has brought Scott and his eight-year-old brother Jared up single-handedly.

“I’m over the moon – I just can’t believe, he’s a Para. Because several members of my family had been in the Forces, I wasn’t entirely surprised when he asked me to go with him to the Army recruiting office.

They suggested he enrol at the MPC in South Shields and the change in him, almost from the start, was incredible.

I used to struggle to get him to concentrate on anything, but they not only gave him a focus, they gave him an aim in life and his confidence and sense of self-worth just grew and grew.

They really brought out the very best in him and even though Scott’s now based at Colchester, they’ve stayed in touch and they even came to his passing out parade when he completed basic training.”