Our Armed Forces Partnerships are a critical enabling component in supporting our Learners to achieve their aspirations to serve their country.

VIEW SOME OF OUR SUCCESS STORIES 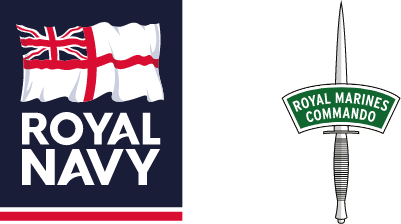 Find everything you need to know about MPCT’s ever flourishing relationship with The Royal navy and Royal Marines from Learner success stories, testimonials and much more.

Today’s MOU signing represents the an official linkage between our two organisations which has already been in place informally for some time. The Royal Marines are very much looking forward to working with MPCT, developing the relationship further and helping learners understand about the career opportunities within the Royal Marines and achieve a positive outcome.

Find everything you need to know about MPCT’s ever flourishing relationship with The Royal navy and Royal Marines from Learner success stories, testimonials and much more.

Former MPC Newport Mr Nothnagel joins us from CTC Lymsptone with words of praise for the upcoming MPCT Learner Awards.

Ex-Learner Mr Darby, tells us how MPCT helped him through his application process to join the Royal Navy.

Ex-Learners, Marine Lewis and Marine Chandler-Robertson tell us how MPCT helped them gain the skills and attributes to progress into the Royal Marines.

MPCT and The Naval Service signed a Memorandum of Understanding in formal recognition of the mutual support and opportunities that we have identified together. Three Learners and one former Learner had the opportunity to visit MPCT HQ to be part of this momentous occasion. They took time out of their day to explain some of their reasons for joining MPCT and to tell us about their experiences as an MPCT Learner.