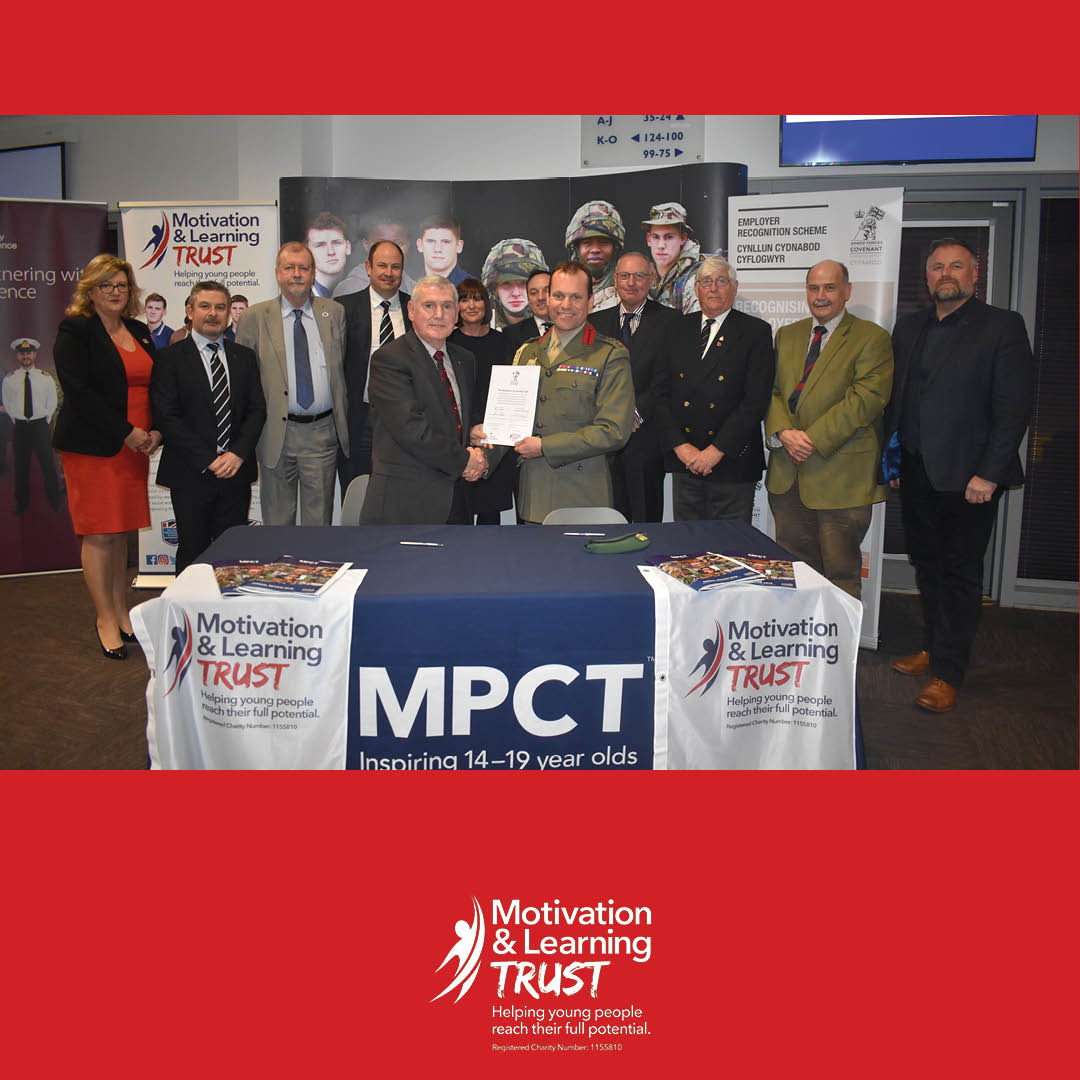 Lieutenant Colonel (Retired) Manny Manfred, on behalf of the Patrons and Board of Trustees Of The Motivation & Learning Trust – a young people’s charity, co-signs the Armed Forces Covenant together with Brigadier Jock Fraser MBE, RM on Friday 15 Feb 19 in Cardiff. 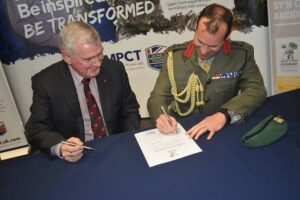 Patrons and Trustees of the Motivation & Learning Trust – a young people’s charity, are present to witness the signing of the Armed Forces Covenant at the RICOH Suite at Cardiff City Football Stadium. Lt Col (Retd) Manny Manfred, The Chair of the Charity and Brigadier Jock Fraser RM, MBE co-signed the document. Mrs Audrey Nealon, the Regional Employer Engagement Director for RFCA for Wales was also present. 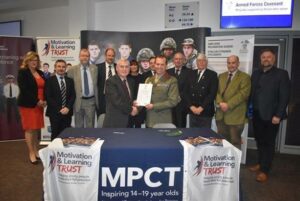 The event was really well attended with 181 Learners on Parade and a total of over 400 guests. The usual high standards were displayed on the Learner demonstrations and the signing ceremony took place after the interval where the Learners had changed into their best clothes. I would like to thank Huw Lewis for allowing us to hold the signing ceremony at the event which already had a full programme of activities. I would also like to thank Mrs Audrey Nealon the Regional Employer Engagement Director for Wales for arranging the ceremony and for producing the actual covenant we signed