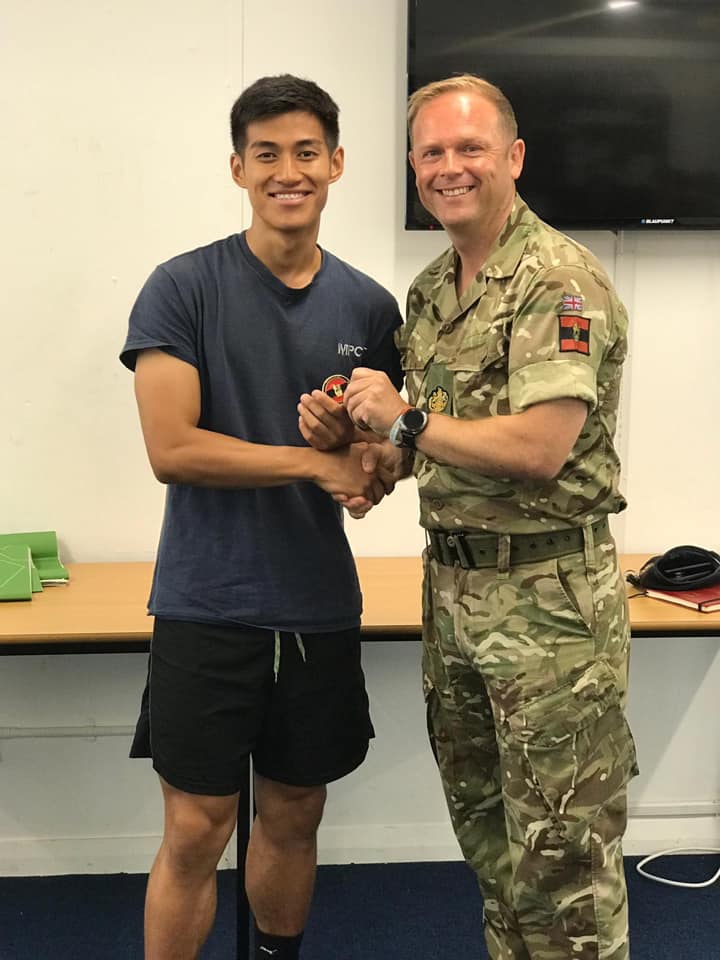 Military Preparation College Aldershot welcomed WO1 Steve Parker, the second most senior serving soldier in the British Army, to talk to our learners about the Armed Forces, the application process and to discuss any problems our learners had encountered with their applications.

WO1 Parker also presented two Home Command sovereign coins to Mr Pun and Mr Smith, who have both impressed MPCT Aldershot Staff recently. He also had time to present some functional skills certificates to Mr Skilton, Mr Catney and Miss Findler, who recently passed their exams. Well done to all the Learners who impressed on that day, you clearly all made an impression as WO1 Steve Parker took to his own twitter account to say so;

“Today I visited MPCT in Aldershot where I had the honour of presenting City and Guilds certificates and 2 Home Command coins to their amazing young students. #FutureLeaders #NextGeneration #Belonging #FindWhereYouBelong”